This is a winery enriched with long history since 1401. The main building, once used as a resting house for the Elector of Sachsen on the way from his castle to other places ( Isn’t Radebeul, where this winery is located, too close to Dresden to take a rest, Elector? ), preserves the Baroque style of interior decoration. I was particularly impressed by the realism of paintings on the ceilings and walls created by a Dutch painter. The ceiling painting of official room is about unique birds of Brasil with the names of them, looking very foreign thus, I suppose, very showy to the people of the time. The theme of paintings of rooms for the elector and the electress ( they are located on the opposing sides of the central official room ) are more domestic: fishes, dogs, and plants. Interestingly for the Japanese surrounded by the sea, and rightly for Sachsen with no sea, those fishes are mainly freshwater ones such as carp, catfish, or eel. And a grape in the center of the wall looks like Riesling to my eyes because of its shape, loose density, small berries, and green skins. 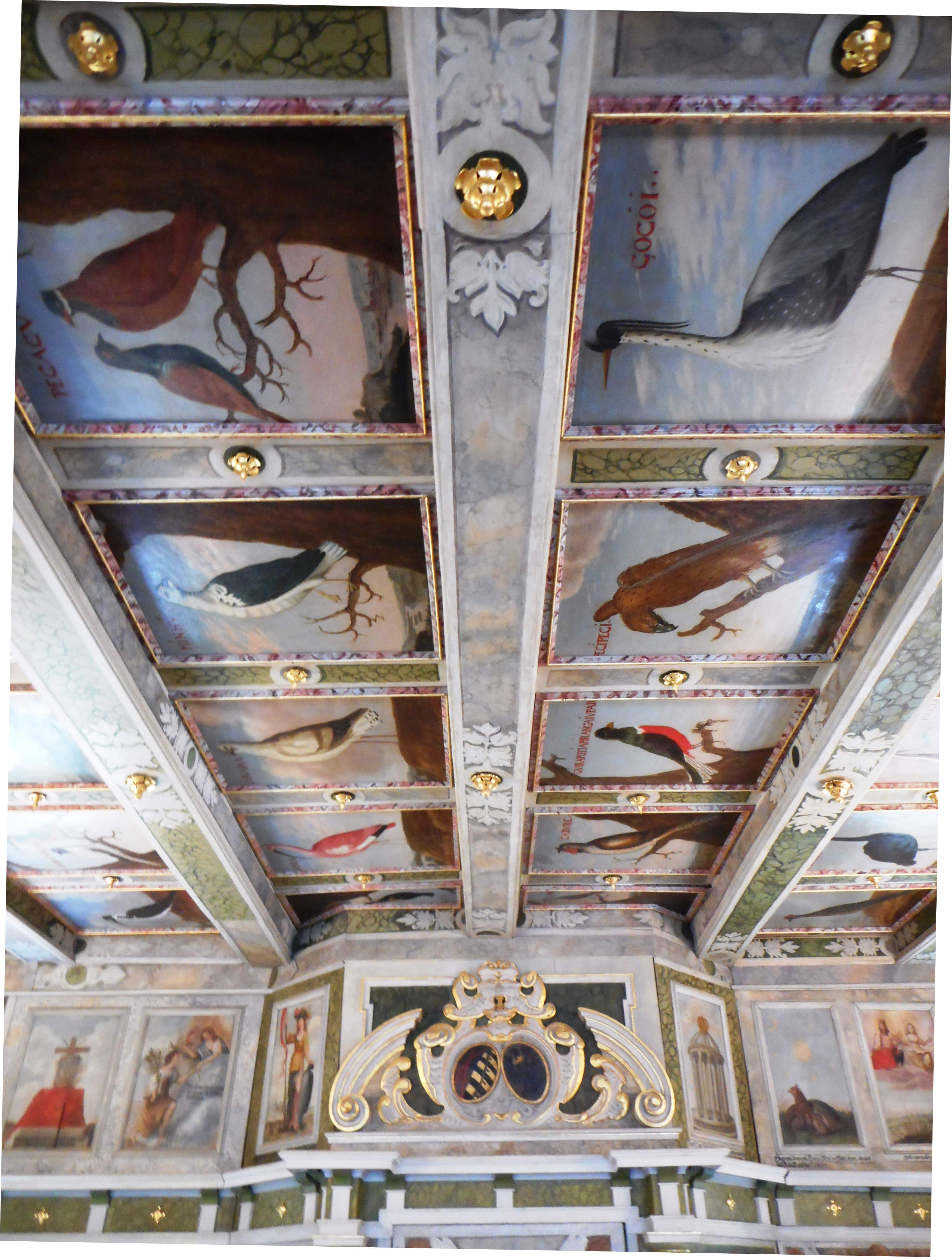 They also house many objects relating to wine. It was my first time to look closely and seriously at the wine labels of GDR period. Although the harvest was concentrated to people’s wineries, the wine labels tell that the wines were vinified as single varietals and some tell the name of famous vineyard. But the crop level was twice or three times as high as now, I heard. They must have been thin and sour. Even inflated domestic production could not satisfy thir demand so they imported wine from Hungary and Russia. Among ex-socialist countries, Georgia is very famous for high quality wine to us, but Ms. Nowacowski, who guided me in the museum, said that she had not seen Georgian wine during GDR period. Well, those fabulous Kindzmarauli and Kvanchkara must have sent directly to Kremlin. 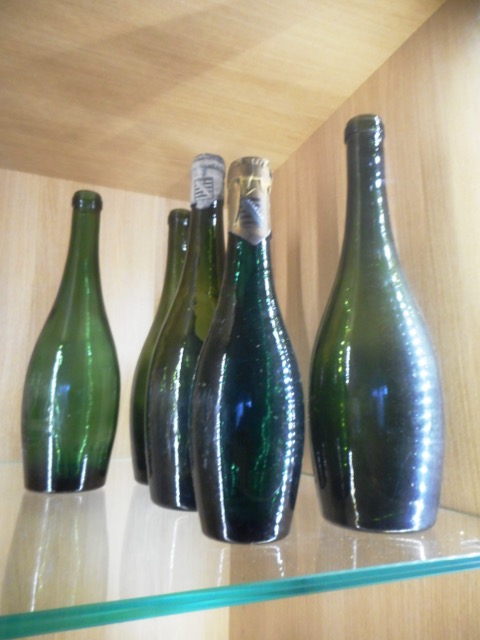 The traditional shape of bottle in Sachsen is different from normal German one. It looks like a bowling pin and is called Sachsen Club. I like the shape because it has no straight-lined-sides and it should be good even for the taste of wine. But `It is impossible to put a label on the bottle without wrinkle so only Schloss Wackerbarth still uses the old design`. Then, `What was invented in Dresden?` , I was asked. ` It is very popular and you must be familiar with it`. ` Some kind of optical technology?` Sachsen has been very famous for lens. The answer was coffee filter and tea bag. ` Coffee filter? Oh, that Melitta! I actually use it every morning! `. Thank you Mrs.Melitta Benz for your invention in 1908! This is not about wine but is good to know!

Hoflößnitz did a very important contribution in the history of German wine. After Phylloxera which destroyed 6000 ha of vineyard of Sachsen, the method of grafting onto American rootstock was introduced by Mr. Karl Pfeifer and the first nursery was created in 1912 in this place. But Sachsen vineyard was not recovered. Its size is only 499 ha. It was reduced to 150 after the WWⅡ and 250 in GDR period. As you already know, Sachsen has a great potential as a leading wine producing region but its production is just too small. ` In EU, each country is given the number of maximum surface of vineyard and we cannot increase freely. This is an issue being discussed now in EU. I have just heard about the increase in Italy, though.`

After seeing the museum, tasting finally began. The reason why I wanted to come here was that it is the first certified organic winery in Sachsen, where the trial started in 1992 and organic certificate was given in 1997. They have 8.5ha of vineyard and about 60% of it is planted with PIWI varieties. If you are seriously considering about the reduction of stress to the environment, it is quite logical to go for PIWI. ` It is much better to plant the grape variety which is resistant to disease in the beginning than to spray a lot of sulfur and copper to the traditional grape which is prone to disease`, said Mr. Andreas Kretschko, the vineyard manager.

If your goal is to make a tasty wine of traditional grape variety of Vitis Vinifera, organic viticulture is still a good method, even though you need sulfur and copper. The plants can be sick. They might be saying that they don’t like to live in such cool and humid place and go back to sunny and dry Greece or Lebanon. But the result wine is still better than non-organic one. If your goal is to create the healthy environment and put no harm to all living forms including grape, PIWI should be the choice. Does Vitis Vinifera really want to live in Sachsen? They didn’t come here with their will. It is human beings that plant them here. We have responsibility. Mr. Kretschko said that he wanted to leave Riesling but to increase the propotion of PIWI to 80% of total surface.

The problem of current PIWI wine is that it is not as great as traditional grape variety wine. It is acceptably delicious, though. He said that he needs to spray 3 or 4 times for Regent or Johanniter but absolutely none to Cabernet Blanc. And Cabernet Blanc, although it was planted in 2010 and is too young to show its full potential, is utterly delicious and shows bright and positive energy of health in this winery. Thus I think that it is an appropriate grape for the wine for daily consumption.

I had a long discussion with Mr. Kretschko. The subjects were those I very often presented in Germany:

1, Extrication from Riesling-centricism which is tenacious in Germany. Relativization of Riesling and respect to indigenous grape.

To make the story simple, apply Biodynamic farming, plant many varieties next each other in one vineyard, minimize gross lee settling, ferment in large barrels with indigenous yeast, let MLF happen naturally, minimize sulfur addition, bottle without fining and filtering. He said, ` Wine of old days was like that`. I said, ` What is wrong about it? It is good to stop and think retrospectively`. We agreed that the currently fashionable orange wine fermented in anfore is not the only way to be natural. `That is more like a style, more like a hobby experiment. We should think more about the essentials`.

Honestly speaking, there are many rooms to improve the actual taste of wine, even though the quality of grape is none other than superlative. He reluctantly took me to the cellar. ` Ooops. This is not the place to make great wine. Something is wrong. Bad energy flows`, I immediately felt it and said so. ` Do you feel it? I always feel it. Hundreds of people visited this winery and nobody has ever pointed it out`. ` In Germany, natural feel and human logic might be separated. To the contrary, they are fit together magically in Japan. I am not different from any other Japanese. Since you are working all the time in the vineyard, you must be understanding from your heart and instinct what is natural and what is not`. ` Of course, anybody can understand if he or she is close to the vineyard`.

If I point out one big mistake in the cellar, it is use of cultured yeast for fermentation. It is contradictory to use it for organically grown PIWI. And it is very strange to me that nobody except for Andreas has ever thought so here. Separation between viticulture and vinification must be rectified and they are regarded as unity philosophically. Then the quality of their wine will become a true representation of their great terroir and grape.

On the way back to the main building from the vineyard, I saw some missing vines. I said, ` You really need to think seriously what grape should be planted here. How can you bring a natural harmony here? If 100% of people living in Germany are the German, it is awkward. And we have learnt from our history. Don’t you think it looks more natural to have some Jewish, Slavic, and Asian people in Germany next to the German? That is a balance you need to create in your vineyard`. What I would like to recommend to Germany where single varietal wine is dominant is not a kind of blending 20% each of 5 different grape varieties. What I mean is something like 93% Riesling and 7% total of several other indigenous grape varieties. If that idea becomes well-accepted, overall quality of the wine of Hoflößnitz and this coutnry will be greatly improved, I firmly believe. 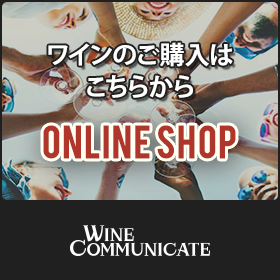 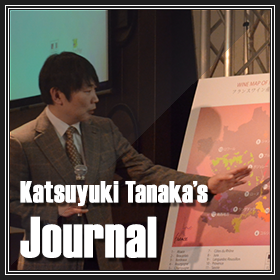